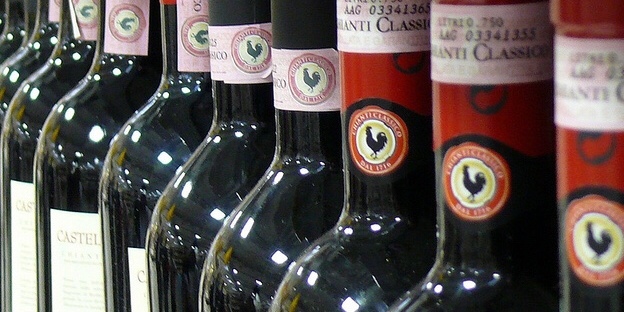 A couple of weeks ago, we were out to dinner with friends at a quaint, local Italian restaurant. As one does when dining Italian, we ordered a bottle of Chianti, or more specifically, Chianti Classico. As we sat enjoying the food, wine, and company, the discussion turned to the little black rooster on the Chianti Classico bottle. Perhaps you’ve seen it…

I started to explain the history behind the black rooster, and why it appears on every bottle of Chianti Classico. However, much to my own embarrassment (I’m a wine blogger, after all; people look to me as a font of wine knowledge and wisdom) I couldn’t recall the story. I knew there was some dispute some centuries ago, and that a black rooster was somehow involved, but that was all I could remember at the time. 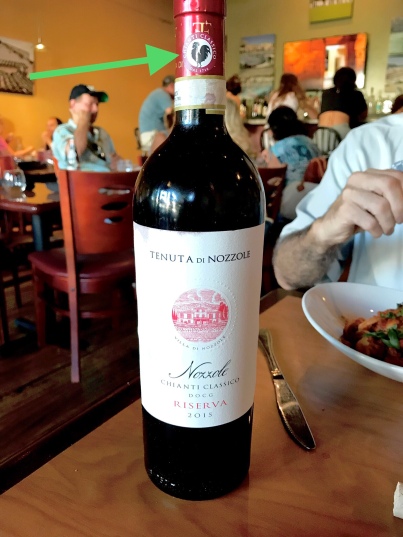 So I did what any self-respecting and self-proclaimed wine “expert” would do. 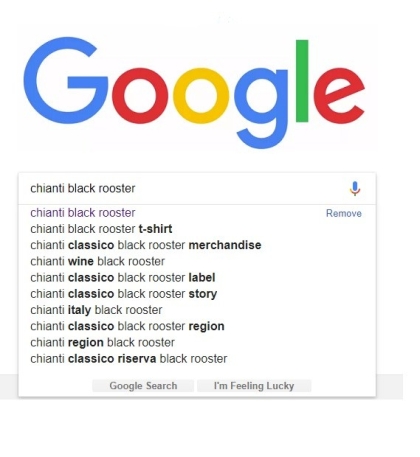 Contrary to some popular belief, Chianti is not a wine grape. It is a region in Tuscany, Italy, renowned for its red wines made from the Sangiovese grape. Sure, a few decades ago, Chianti suffered from a bit of an identity crisis, but then again, didn’t we all? Back then, Chianti was usually a cheap, low quality wine, better known for its gitchy “basket” bottle (bonus points if you know that it’s called a “fiasco”) than for the wine quality. The fiasco, in turn, was better known as a holder for colorful, dripping candles than as a vessel containing delicious wine. 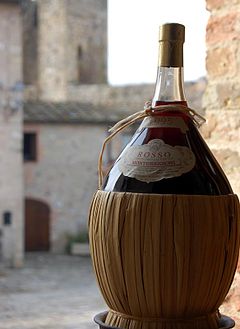 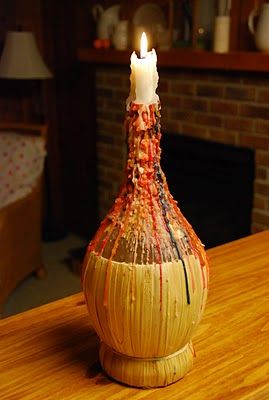 Which brings us to our story.

As legend has it, in the 13th century, before Italy was a unified country, Florence and Siena were engaged in a land dispute. Can you blame them? If you could claim rights to a prime wine region, wouldn’t you? Anyway, the two feuding cities decided to end their dispute with a race. The plan was that at the crack of dawn on the day of the race, each city would send a rider on horseback toward the other. Where the riders met, the new land border would be established. Of course, 800 years ago, they didn’t have Smartphones to wake them up, or even alarm clocks. Back then, they relied on the good old, low tech rooster!

In Siena, a white rooster was selected as the most dependable, and was given the task of waking their rider. Of course, some strategy must be employed to ensure victory, so the people of Siena fed their white rooster well, to keep him happy and crowing strong! To the north in Florence, a black rooster was chosen. However, the people of Florence had a different strategy. They put their rooster in a box for a few days before the race, with no food.

On the morning of the race, the very hungry and understandably grouchy black rooster of Florence woke at the first sign of light and began crowing, waking the town and more importantly, the rider. In Siena, however, the white rooster, content with a full stomach, slept in a bit.  Thus, the rider from Florence got a head start on the rider from Siena and covered much more territory. So much so, that they met just 20 kilometers (about 12 miles) from the walls of Siena. The new border was established, much in Florence’s favor, and the black rooster was established as the mascot of Chianti. The emblem was first adopted in 1384, and has been in use ever since.

Now that you know the story, make a reservation at your favorite local Italian restaurant, order a bottle of Chianti Classico, and amaze your friends with your very impressive knowledge of this entertaining tale.

5 thoughts on “Chianti Classico and the Black Rooster”