How to Rate Wine

I’ve written about wine ratings before, in one of my early blog posts. My conclusion is that wine ratings are, by their nature, subjective. They represent how one taster felt about a wine at a given time in a given situation. Collectively, a large number of ratings for a wine can be averaged, giving what is arguably a more accurate picture of the wine’s quality, and certainly its mass appeal. Websites and Smartphone Apps like Cellar Tracker, Vivino, and Delectable provide this sort of ratings averaging. 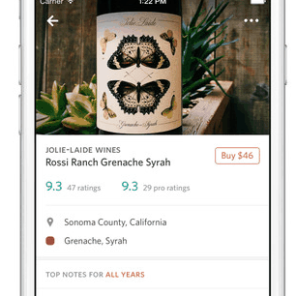 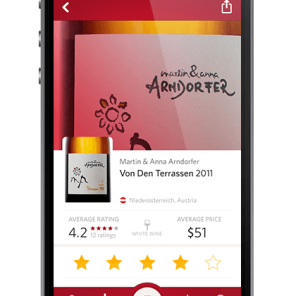 There are different types of rating scales. Probably the most well known is the 100-point scale, popularized by wine critic Robert Parker, and adopted by the powerhouse publication, Wine Spectator. 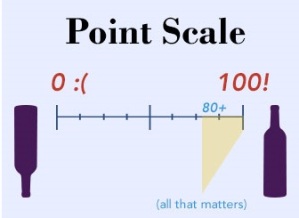 The 100-point scale is easily adaptable to a 1-10 scale, with increments of 0.1 (e.g. 9.1 points.)  However, many user-based reviews rely on a 1-5 scale, be it stars, hearts, or some other emoji. Most wine retailers embrace the 100-point scale for their shelf-tags, because it is so familiar and easy to understand. The higher the rating, the better the wine. In theory, a 91 point wine is far better than an 85 point wine, right? Using the 1-5 scale, how much better is a 4.0 than a 3.5?

So how does one decide what rating to give a wine? I’m sure there are different schools of thought. Here’s how I do it:

I rate wines primarily for myself; to remember which wines I loved, and which I would not buy again. On public sites and apps, there is a secondary purpose which is to contribute to the larger average, in the hopes that somewhere, someone will find my input useful in their wine buying decisions. My ratings are based on how much I liked the wine in general, and how it compares to other wines of the same varietal, region (Rioja, Bordeaux, Piedmont, etc.), or genre (California Bordeaux-style blends, etc.) Early in my wine drinking journey, I followed the Wine Spectator 100-point scale, so all my ratings were done in that format. As social media and Smartphone Apps became more popular, I’ve had to convert to the 1-5 scale, and adapt my ratings accordingly.

I know of some people who refuse to give a wine 5-points regardless of quality. Their line of thought is that 5-points represents perfection, which can’t exist. I take a different approach, using a range for each half-point in the 1-5 scale. Over the years, I’ve refined this conversion and have settled on this:

For me, anything rated 84 or lower (3.0 stars/hearts) falls into my “would not buy again” category. Frankly, I don’t encounter these wines very often. I like to think that I have a discriminating palate, but maybe I’m just easy to please. On the other hand, since the vast majority of the wine I taste is paid for out of my own pocket, I tend to buy only what I’m pretty sure I’ll like. (I’m open to samples, if anyone would like to send me some!) Oh, sure, I have had a couple of wines that I’ve rated in the mid-70’s, but thankfully, those are very rare!

In today’s world, with modern production methods, I think truly bad wines are uncommon. Somebody in the distribution chain must like them in order for them to make it to store shelves. If a wine is faulty, don’t rate it. Return it and get a new bottle to rate. I scratch my head in wonder when I see, on Vivino or similar sites, people rating wines at 0.5 or 1.0 stars.

Are those people only willing to drink “blow your socks off” wines? I think social media and the “reality” TV culture have made people too eager to criticize, slam, and malign. Trolls are everywhere, and seem to forget (or don’t care, which is even more disturbing) that there are real people behind the labels of these bottles. Even the big, conglomerate wine companies, churning out case after case of mass produced wine, employ people who are doing their best.

In conclusion, now that I’ve stepped off my soapbox, wine ratings are subjective. However, they are useful in helping consumers select wines they may like. As I’ve said before, find a few reviewers with whom you have similar tastes, follow them, and buy what they like. Then, contribute to the global collective, and with whatever scale you choose, rate those wines!

9 thoughts on “How to Rate Wine”